Château des Cologny is one of the most remarkable historical properties in the Pays des Gex. The manor is located in Cessy, just 15 kilometers from the centre of Geneva.

The property dates back to the 16th century and the house was rebuilt in 1622. The first owner, the Mareschal family, passed it on by inheritance to the Pitegny family who sold it to the Cologny family at the beginning of the 16th century.

Consequently, the Château des Cologny was sold to Jean-François Payronnet, surgeon and provost of Gex, in the 18th century. The fortified house, which has undergone major alterations over the centuries, still has a well with the coat of arms of the Livron family.

A gate gives access to the inner courtyard. This portal, with a double entrance – a very small one surmounted by a beautiful brace and the other one in a basket handle, is covered by a four-sided roof. These entries, which date from the early 16th century, are quite rare in the Gex region. 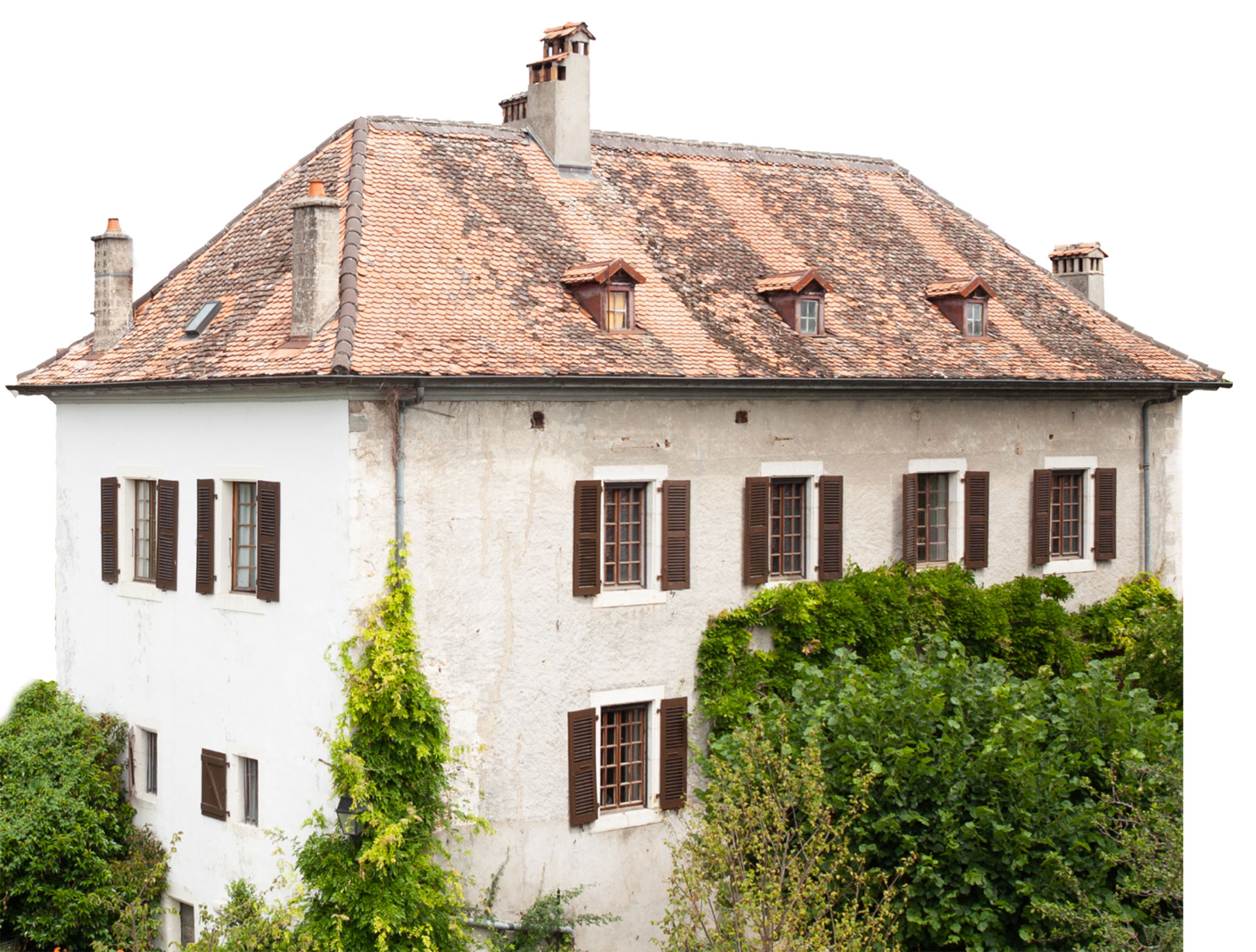